I find halloween a really tough time of year.

I was brought up not being allowed to celebrate Halloween. There were no costumes, no trick or treating and no decorations. We weren't even allowed to watch Harry Potter for goodnessake! The playground contest of who'd managed to get the most sweets or money was hard to watch, knowing we'd had neither, but we got through and I'm still alive to tell the tale.

My husband did Halloween every year and they went BIG. Lee's birthday is close by so often halloween themed parties would happen where the house would be decorated, there'd be themed games and plenty of ghoulish treats to eat. He reminisces fondly of those years. 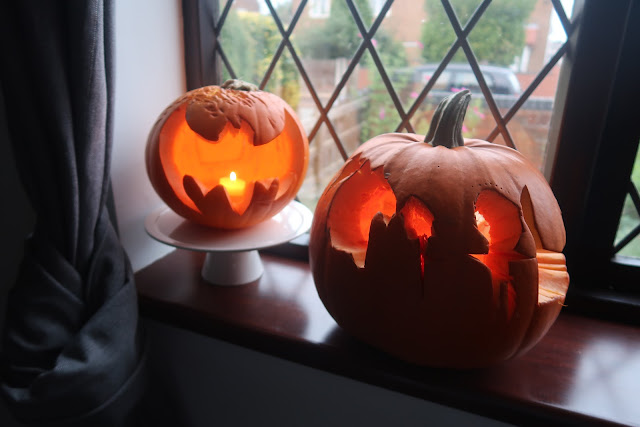 It's getting bigger in the UK. Along our estate there are plenty of houses laden with cobwebs and ghosts and tea lights in pumpkins. Most of my friends take a trip to a pumpkin patch and carve their own spooky face to display proudly in the window. Shops have an entire aisle dedicated to the holiday and it seems to be being talked about more and more as we chase America's standards.

I'm left totally curfuzzled. My facebook is awash with prominent Christians posting about the evil of Halloween and yet internally I'm conflicted - can it really be that bad to hand out sweets at my door and dress my kids up as bats? Am I allowed to partake in an element of the holiday without being deemed a terrible example and a poor Christian?

There are so many beautiful things about Halloween. There's a community feel around my streets where everybody is out meeting new people and starting conversations about how much loot the trick or treaters have gathered or where their costumes are from. People make an effort for something outside of themselves making sure that they've bought enough candy to supply the demand of every under 10 in the neighbourhood. I want to be involved in that beauty, but am I able to do it without being the weirdo that writes bible verses around every packet of haribo?

I don't have any of the answers and I know Christians who sit on both sides of the fence. This year I'm going to sit firmly on it. We've carved a pumpkin and stuck a tea light in it and I've bought some sweets to hand out. We're not trick or treating this year and I've not dressed my children (or my house) up, but I haven't decided what my plan is for future years. 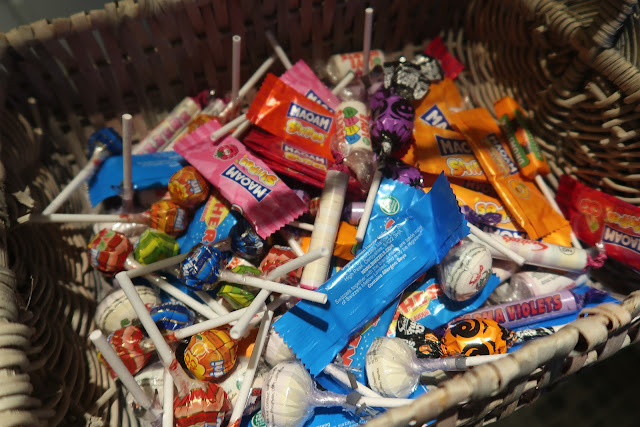 Listen guys. God cares about your heart, and he's looking at the reasons behind why you do stuff, not just your actions. There are countless times in the bible when someone did something that looked like sin but God had grace because their heart was appropriate. Whatever you decide to do this halloween, know that the important thing to do is to chase God with your decisions. Feel convicted to boycott the entire thing? Then do it. Feel a desire to be Jesus in the heart of it? Go ahead. Wanna dabble in the treat but not so much of the trick element? You do you boo. Check your heart, then go with your decision.

It's controversial, but then I guess a lot of our world is nowadays as Christians learn to walk the fine line between grace and holiness. More theologically sound people will have much more to say on the matter, and scripture to back up either argument, but for me, I'm just a regular girl trying to work out what she believes here. I'm thanking the Lord that there's always grace for today and hope for tomorrow.