Lee and I have just had the most wonderful weekend away. We've dined like kings and queens, we've explored the countryside and we've sat and watched the world go by from the comfort of a jacuzzi. It's been total bliss.

You see, we were supposed to be going to Switzerland and whilst I've dealt with the disappointment of not being able to make my friend's wedding, I've not yet dealt with the confusion and hurt left by God's role in it all. You'll mostly all know the story by now, but when we first got the invite we had decided we couldn't go. It was going to be quite costly and we were in the process of starting a business, but after prayer and listening to a talk about honouring people we felt like God was telling us to go. That the value of friendship is more than the value of money. We booked flights knowing we wouldn't have the money and trusted God. Two weeks later an envelope fell through the door with £500 in it with a letter asking us to use it for Lee and I to go away together. It gave us the extra money we needed to fully afford the holiday. A sign from God!

Then why on earth did the flights get cancelled 4 hours before we were due to be at the airport? I'm seriously confused. How can we have heard so badly? How can God have sent money and yet whip the rug from underneath us at the last minute? It isn't even like the reason for it all is obvious. You hear of moments where God has changed someone's travel plans and then they've narrowly avoided being struck by lightning or their boat crashing, but none of that has happened here.

I'm questioning myself daily over it and it's caused me to start questioning everything else too. We've started looking at farms to buy for The Quail Garden (our family business), and the first one we looked at was this beautiful 30acre doer-upper. It was in a prime position off a main road near Buxton, was a bargain price of only £500,000 (that's seriously cheap for a farm), and came with ample houses and barns ready to be converted into living accommodation. It had EVERYTHING we wanted, yet as we were looking through one of the barns I felt God say, "I have more for you". It was so clear, and I've never experienced that before, yet I'm now wobbly about whether I heard right. 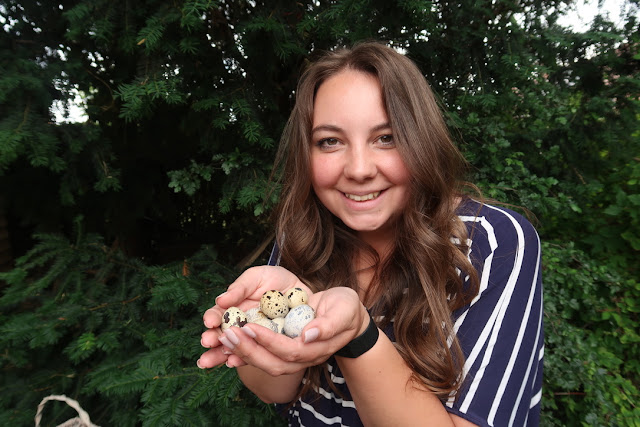 I've even taken it further and am questioning whether we should have started The Quail Garden, "Is this really God's call on our life or are we just following our own vision?". Every time there is a set back with the business I get a little rocky, and whilst I'm just about able to hold onto faith and trust God through it all, the fact that I don't just feel it unreservedly bothers me. I want to be someone who has faith like a child, but at the moment I'm reluctant and scared and, if I'm being brutally honest, just plain hurt.

A friend once described faith like the pedals on a bike. As you push down on one pedal, the other rises and likewise with faith and doubt. As you push into doubt, faith rises, and onwards and onwards until you reach your goal. You can't really have faith without doubt I guess, but in the midst of doubt there's a lot of pain and it's hard to see the wood through the trees. I'm at the crest point of doubt but I'm hopeful that there will be a great faith story from all that's going on.

It's an interesting season and by no means are we at crisis point here, but breaking up for summer means we're suddenly alone with our thoughts rather than just going through the motions and that can be a scary place sometimes. There's a lot of stuff being birthed for our family so a lot of nerves(!), but we'll come out the other side with fresh hope and faith like we always do, I'm sure. Pray for us in the waiting!