The first two weeks of Freebie Friday have been bliss. If anything, I've gained from the experience as I've cashed in my loyalty cards, gone hunting for freebies and generally not had to live a life much different to the one I had before.

This week I experienced the challenge of sacrifice.

I've been getting my nails done for over a year now. I love it. It's a little bit of 'me time' once a month where I can talk about things other than the kids, have a drink without any demands and just be 'me' again. I also end up with beautiful nails that actually last rather than chipping at the sight of water so that's a bonus. Regardless of my reasons, it's become a part of my routine, and a much loved one at that!

I cancelled. I cancelled my appointment that you have to book 4 months in advance for. I didn't enjoy doing that. Everything in me was trying to justify still going, "It's part of your budget", "Just make it up with the grocery shopping this month", "It's not much money, it won't matter", but I knew, I just knew, that this month, not knowing what we were actually going to get in with Lee's new salary, that to have spent the money would have been foolish. I'd go so far as selfish.

I don't know what's going to happen over the next few months. We're doing no spend until August, when Lee will be off probation and (hopefully) on his correct salary. Do I cancel them all and then pick it back up in September? I have them booked up until then because it's so difficult to get on her calendar (she's a very good nail technician!). I'm all over the place with that decision. 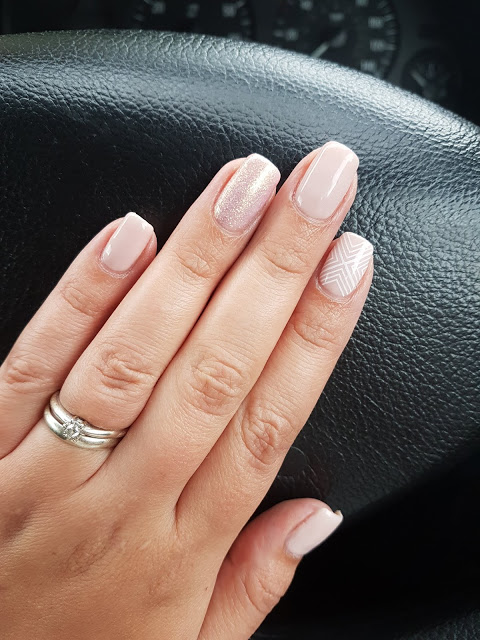 It seems a really silly thing to be flustered over, but I guess when you've created a routine that has to change it causes some emotional instability. It'll be okay of course. A decision will be made and nobody's going to die, but I want to make sure that I'm still honourable in this. That I honour my family in our spending, that I honour Beth in her business and that I honour myself by doing the right thing!

There are valuable lessons in having to make sacrifices. Money doesn't grow on trees, and you can't just spend whatever you want and hope for the best. I have faith in a God who'll always provide my needs, but that doesn't mean I can go out and buy a ferrari just because "God will sort it out". I still need to be responsible. In the past, we've spent poorly and then had to rely on family to bail us out and it's not a routine that I want to get into. Things happen, of course they do, and it's great to get help from people if they offer, but part of accepting that help is then sorting your own finances out and sometimes that takes sacrifice. I'm sure in the course of these next 6 months, there will be some pretty heavy sacrifices to be made.

It wasn't all negative this week though. There have been some highs that have helped to balance it out. As I was walking a sales person stopped me and invited me to a survey panel to discuss the cost of raising children in the UK. It was run by Loughborough University and turns out you get paid! We used the money to take a trip to Bakewell and buy a coffee and lunch. We even had enough for a meal at Mcdonalds on the way home (where we won free food - whoopie!).

One amazing thing was getting the formal invitation through for my friend's wedding. It's in Geneva in July and we have been wanting to go since we got the save the date. Whilst it's only a weekend trip, Geneva is expensive, but this has become our drive for doing 'no spend'. Every penny saved is going towards a really lovely holiday. Our first abroad together! It's made sacrificing the nail appointment so worth it!

So a mixture of a week this one. I have a feeling that we're about to head into a season of challenge, and I'm gearing myself up to find joy in it still and know that I'm teaching myself valuable lessons here. Ingenuity, frugality and peace are all qualities I'm looking forward to being able to add to my personal CV!