No pressure, Annie, but can you stop pooping in your pants now?

Well we've begun the journey into toilet-training. After a year of family constantly mentioning the fact that she was still wearing nappies and one passive-aggressive birthday present of knickers from some Grandparents we decided to take the leap. We're three weeks in and, so far, all is well. We've had some accidents (for some reason Annie can't quite seem to determine when she needs to poo), but it's nothing that I'm majorly annoyed at so far, nor is there anything that I'm tearing my hair out over. I'm pleasantly surprised.

I've put toilet training off for quite a while. Annie is 3 now, but up until recently she wasn't able to tell me when she needed a wee or a poo and, after one day of 'testing the waters' about 6 months ago where she spent the entire day weeing on the hallway carpet, I'd told myself I would wait until I was absolutely sure she was ready. I was pregnant, had another child who needed a lot of attention and, if I'm being really honest with myself, I was a little anxious about the ordeal. I'd heard horror stories from other people and didn't want to force the issue with Annie if she wasn't ready and cause her, and myself, stress. Besides, as long as she could do it by the time she started school I was a happy.

However, a Jo Frost Supernanny video changed my perceptions. She was helping another family who had an older boy who refused to use the toilet and within the video she explained that as soon as children were able to stay dry whilst having an afternoon nap then they were probably ready. What?! Annie had been doing that from about 2. I probably could have started earlier. I pulled up my socks, watched a tonne of youtube videos about how to go about it in the least stressful way and just got on with it. I'm glad we finally have. 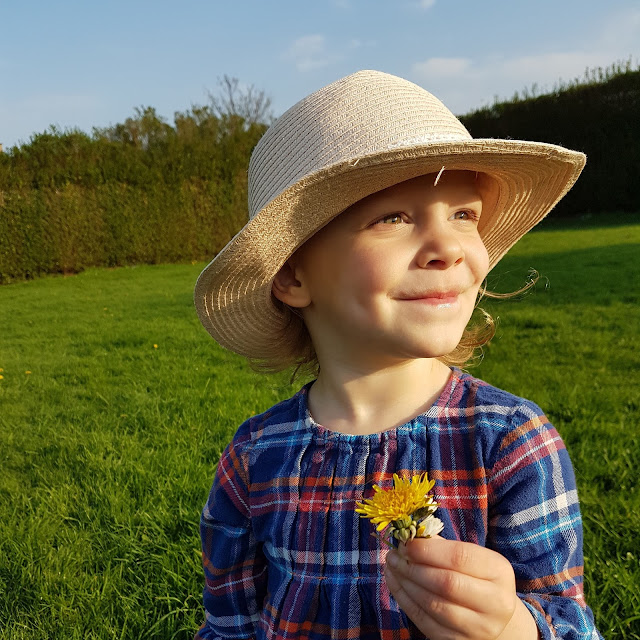 I've been adopting the 20 minute rule. Every 20 minutes (or thereabouts because, let's be honest I'm not the type of Mum who actually times these things) I would ask Annie if she needed a wee. I'd go with whatever answer she said but, if she then had an accident we would have a conversation about how important it was to think about the question and make sure we weren't just staying distracted by whatever we were doing. I'd get Annie to try and wee anytime we were going to be going in the car (I really need to invest in some waterproof linings just in case!) and we created a little mantra that was fun for her to exclaim and involved lots of high-5s and shouting. We also did rewards. A little chocolate star or sticker if she managed to go to the toilet. I was surprised by how well she took to it.

It's been quite funny watching things progress. We're hitting different issues now. I'll often catch Annie trying to force a wee out in order to get a sticker and, when we decided to stop doing the chocolate stars after each time and instead save it for the end of the day as a reward for not having any accidents the tantrums we were privy to were really quite something. Nursery have been a massive help in encouraging her in a positive direction. I think, so far she finds the whole ordeal quite fun. I'm starting to wonder what will happen when we stop making such a song and dance over her ability to pee in the right place or if we'll forever be congratulating her on her toilet happenings. She's also started congratulating us on our toilet expeditions! I have never received a greater applause than the time I managed a poop before the bedtime routine.

We've almost cracked it I think. Mostly, when we go out there aren't any accidents and she's been dry at nursery for the past week now. I know it takes some people a lot longer (and some a lot less!) but I'm happy that within a month we're pretty much there. I'm expecting 6 months of accidents because pretty much everything I've read says to expect that, but I'm no longer stressing about going out or having to be on constant attention either. We've, so far, had a pretty easy ride. Below I thought I'd share my top tips for handling the potty training. 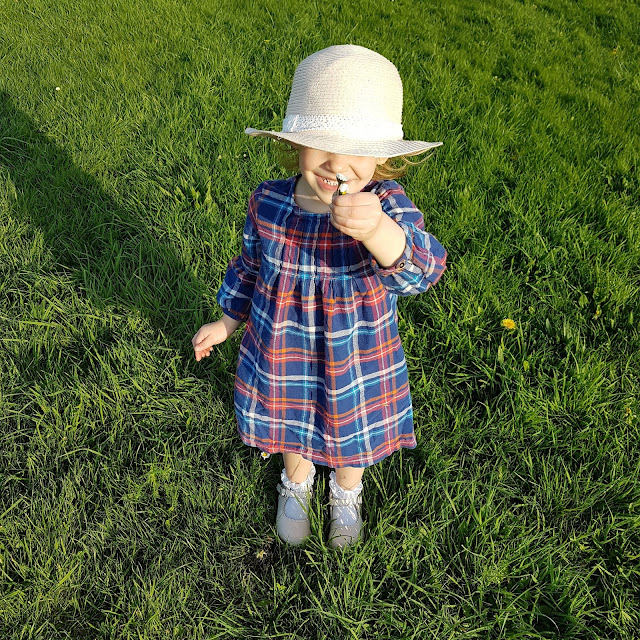 1) Children sense fear!
Get them excited about potty training and using the toilet. Children are like animals and as soon as they detect a whiff of anxiety from you about it they'll be doing everything in their power to make it as hard as possible. Be confident, tackle it head on and show them how amazing it is to use the potty/toilet!

2) Let them see you do it.
Children copy EVERYTHING so seeing you use the toilet will encourage them that it's perfectly normal. If they ask questions, answer them. Don't get weird about anything toilet related during this stage - you can insert boundaries later, but right now, you want to make this seem as natural as possible and like it's nothing to be ashamed of. Get them to sit on the potty or toilet whenever they want so that they get used to it.

3) Start the conversations about it early.
Talk about how we stop being babies and we start getting to do 'big person' things like using the toilet. Let them take the conversation where they want to. Annie and I had a wonderful conversation about how poo came to be poo. We just rolled with it. This can start before you even are considering putting them on the potty/toilet. Try to avoid using the phrase "You can just do it in your nappy" even if you're not ready for them to start - if they show interest, let them try, then simply pop a nappy back on and carry on.

4) Take full changes of clothes with you EVERYWHERE.
I failed massively on my first trip out and didn't realise that when children wet themselves they can end up needing a FULL change of clothes - I'd only packed extra trousers. Buy some washable shoes and make sure you're packing extra socks, tops, trousers and knickers. I carried around 3-5 sets of stuff depending on how long we were going to be out. Some days I needed all 5, some days I didn't need any but if you're not going to be near the shops on your excursions it's probably worth having the extra sets just in case.

5) Invest in flushable wipes/strong kitchen roll.
Have you ever tried to scrape poop off a pair of knickers with just toilet roll? It's messy. Very messy. It's totally worth having a load of flushable wipes or kitchen roll that can be made wet to aid you. I've accidentally thrown standard wipes down the toilet by accident because I didn't have the usual to hand and that's not good for our sewage system so be prepared. It's also a lot easier for your children to get themselves properly clean with a wet tissue!

6) Have a separate washing basket for soiled items.
Last week I washed my jeans in with Annie's toilet training clothes. I don't think I did the wash for long enough (I boil wash the soiled items normally) because they definitely were secreting the scent of urine throughout the day. Yuk. It doesn't need to be a fancy wash basket (an IKEA plastic waste bin would do it), but storing those clothes away from your others and, where possible, washing them separately will ensure your entire wardrobe doesn't end up smelling like a nappy.

7) Take plastic bags (or reusable equivalent) out with you.
I made the mistake of thinking nappy sacks would be adequate for holding soiled items. Nope. You need something bigger or your entire changing bag will end up wreaking of poop.

8) Buy nice washing powder, softener and Vanish - treat yoself.
The vanish will help with the stains and the nice smelling washing products will help you to feel a little better about the amount of washing you're having to do. Anything to make it that little bit better hey?

Just some little nuggets of wisdom from yours truly!

Most of all try not to get stressed about it and remind yourself regularly that it's only a season - it won't be like this forever. I've had friends who had an awful 6 months of it and I've had friends who managed it within a week - both children are now fully potty trained. There's no competition or pressure about how long it takes your child. Take deep breaths, you'll get through it and it will get better!